Suppose, for the sake of a better story, you chose to deliberately ignore “inconvenient” facts and details that “got in the way”?

In the case of the Beatles, that has happened repeatedly over the past fifty years.

With professional pride, we have always said: Not with us.

Beatles writing “by Harry Castleman and Walter J. Podrazik” has always been solidly anchored in facts. Beginning with our series of books in the mid-1970s, we’ve consistently verified accounts of the group members’ professional careers, to the best of our own U.S.-based abilities, back to the pre-Internet days. We’ve embraced the straight-laced and confirmed, rather than the fanciful.

We’re revealing it now because the time finally seems right.

END_OF_DOCUMENT_TOKEN_TO_BE_REPLACED

The Beatles on TV, Live in Your Living Room

Posted on February 5, 2014 by mediawally

The musical dam was already breaking when The Beatles stepped onto The Ed Sullivan Show stage on February 9, 1964.

On Billboard’s charts, the group had the country’s top single (I Want To Hold Your Hand). A pair of albums were on their way to the number one and two positions (Meet The Beatles; Introducing The Beatles).

Within two months, they would occupy the five top spots in the Hot 100 (the week of April 4), with Can’t Buy Me Love, Twist and Shout, She Loves You, I Want To Hold Your Hand, and Please Please Me). It was a never-to-be-duplicated chart triumph.

Yet it was television that made the difference.

END_OF_DOCUMENT_TOKEN_TO_BE_REPLACED

Something Bigger, Better, and Live: The Tonys

The television watching theatre lover in me took great delight in the 67th annual Tony Awards program on June 9, 2013.

Check out this link.

Just be prepared for the song “Bigger” to embed itself in your head.  Be sure to stay through the very end of the clip.

END_OF_DOCUMENT_TOKEN_TO_BE_REPLACED

Through the MBC Prism, Forward via the Past

In its first full year after cutting the ribbon to a new permanent home in downtown Chicago, the Museum of Broadcast Communications (MBC) hosted events and personalities from all slices of media history.

Looking forward, through the prism of the classic past. 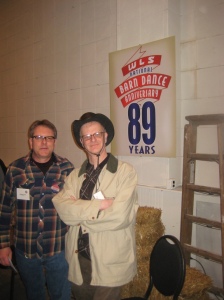 In March, the Museum celebrated the 89th anniversary of the groundbreaking National Barn Dance radio program.

Moderator Stephen Parry (writer-producer of the PBS documentary The Hayloft Gang) welcomed scholars, guests, and those who were there “back in the day.”

The gathering took place at an early site of the WLS radio studios, west of Chicago’s Loop, as one of the last events at that old building.

END_OF_DOCUMENT_TOKEN_TO_BE_REPLACED

The Marriage Bill Right Next Door at UIC

It was perfect timing. 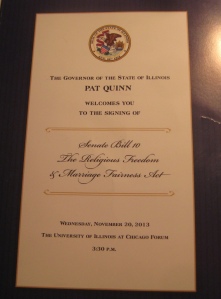 For the fall 2013 semester at the University of Illinois at Chicago (UIC), I was teaching the course “Mass Media and Politics,” connecting the dots between campaigns, elections, and the push behind key contemporary issues.

On Wednesday afternoon, November 20, my students had the opportunity to see the results of the interplay of politics and the media first hand, in the UIC backyard.

I was there, along with many of the students.

END_OF_DOCUMENT_TOKEN_TO_BE_REPLACED

Flashback to the 2013 Presidential Inauguration 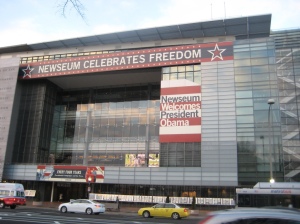 After nearly a year of polarizing politics, it is easy to forget that 2013 started fresh with the second inauguration of President Barack Obama, beginning another four-year term.

No matter the party, a Presidential Inauguration represents a rare convergence of people gathered to witness a moment in history suffused with tradition and symbolism, shared with the world via the media. I have always respected that process.

In January 2013 I headed to D.C. to quietly help with media credentials, especially during the first distribution days. Also took the opportunity to see friends at such events as the Green Inaugural Ball at the multi-media Newseum.

END_OF_DOCUMENT_TOKEN_TO_BE_REPLACED 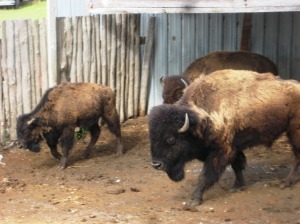 At the end of a 10 foot length of PVC pipe, a bull buffalo gobbled and licked the lion’s share of the tasty alfalfa pellets we poured down to the paddock he shared with his mate and child.

Here is a link to nearly three minutes of the buffalo family, feasting.

END_OF_DOCUMENT_TOKEN_TO_BE_REPLACED

The Charming and Delightful Larry Lujack 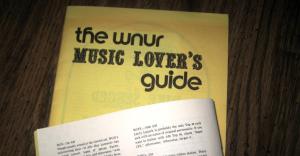 My college era encounter with Larry Lujack was everything I could have hoped for.

It came in the visitor’s lobby of the studios of Chicago radio station WCFL.

Two of us from Northwestern’s radio station were there to present Uncle Lar’ a tie in to the WNUR Music Lover’s Guide (a road map to appreciating music in Chicago at live venues and on the air).

I joined him as the associate editor/writer who had penned the thumbnail sketch about WCFL. In truth, that had really been my opportunity to compliment Larry Lujack. END_OF_DOCUMENT_TOKEN_TO_BE_REPLACED

The “Four Days” surrounding the Kennedy assassination marked the first time that the first draft of history was written as it happened, via live television, with everyone looking on.

In the five decades since, there have been endless attempts to arrive at that final rewrite, one that would wrap the events into some understandable narrative. To answer the question: Why?

The publications started immediately from the wire services (AP and UPI) as well as from such established names as Life magazine – all of which generated the 1963-64 equivalent of “instant books.”

Since then, products of every sort (books, articles, films) have used the opportunity provided by the passage of time to review the events with further reflection, emphasizing different aspects.

Two elements have been particularly striking when reexamined through contemporary eyes. First, tempering the highly praised blanket news coverage that took place across the television spectrum in 1963. Second, considering which murder during those four days held greater implications for the future of the news media.

Back in 2003, I considered those questions in an op-ed piece (which follows) that appeared originally in the Christian Science Monitor under the title “The birth – and maturity – of saturation news coverage.”

END_OF_DOCUMENT_TOKEN_TO_BE_REPLACED

An MST3K Reunion and Celebration @ the MBC

On Saturday November 16, at Noon, the Museum of Broadcast Communications marked the 25th anniversary of Mystery Science Theater 3000 with a cast reunion and live program celebrating all things MST3K. (Ticket information here.)

The shorthand “MST3K” either brings an instant smile of recognition, or a genuinely puzzled look. For those in the latter group, here’s a quick primer on a 1980s television series that became a true pop culture classic.

Mystery Science Theater 3000 (MST3K) offered an irresistible hook: talking back to the screen.